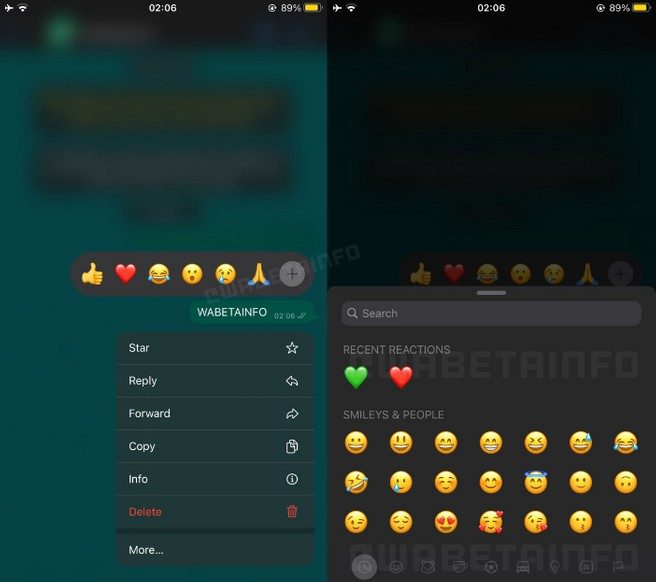 A few weeks ago, WhatsApp released a new tool on the stable channel that allows users of the application to react to messages with six emojis predefined by the developer , a feature incorporated from Instagram, a social network that also belongs to Meta, improving communication in the messenger.

As recently discovered by the WABetaInfo portal , the developer is working to expand the number of emojis compatible with reactions by allowing the sender to choose one of numerous emojis in addition to the six options currently available on the platform.

Recall that Meta released a new feature last week on WhatsApp Business that will enable users rename connected devices on Android and iOS.

According to information, this novelty was found in the beta version for iOS, displaying a new button with a “plus” icon in which it is possible to search for an emoji of your choice, and it is even possible to view the history of ideograms recently used on WhatsApp.

As usual, there is currently no prediction on when this improvement will be released to everyone through the stable channel, however, based on past updates of the app we can speculate that the option to select other emojis will be announced in the coming weeks.

Keeping up with recent WhatsApp updates? Tell us, comment!