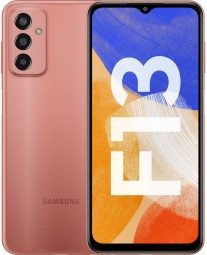 Samsung has finally released the latest Samsung galaxy F13 that was leaked last week on twitter this Wednesday (22). The model, known as Galaxy F13 , draws attention for bringing a large battery of 6,000 mAh, up to 8 GB of RAM via RAM Plus and camera triple 50 megapixel. In India, the South Korean brand smartphone will be on sale with prices starting at R$789 (approximate value in direct conversion) or $155 .

The Galaxy F13 is very similar to the Galaxy M13, with the main difference being battery capacity. The LCD screen measures 6.6 inches with Full HD+ resolution (2408×1080 pixels) and a drop-shaped notch to house the 8-megapixel front camera. This set is protected by Gorilla Glass 5 to prevent scratches and breakage.

Inside, Samsung has inserted an Exynos 850 octa-core processor, combined with 4 GB of RAM (expandable to 8 GB via RAM Plus) and 64 or 128 GB of internal storage, with a microSD slot of up to 1 TB. The battery, which is one of the biggest highlights of the device, delivers 6,000 mAh with fast charging of 15 watts.

On the back of the smartphone, there are three cameras in a rectangular module, with the main 50-megapixel, the secondary 5-megapixel ultrawide with a 123-degree field of view, and the tertiary depth-of-field of 2 megapixels. The device still delivers an LED flash and support for filming in Full HD resolution.

In software, the One UI Core 4.1 interface based on Android 12 is factory installed. Other features of the device include: Samsung Knox Security, fingerprint reader, Bluetooth 5.0 and USB-C.

There is no release date in Brazil, Nigeria,  or USA.