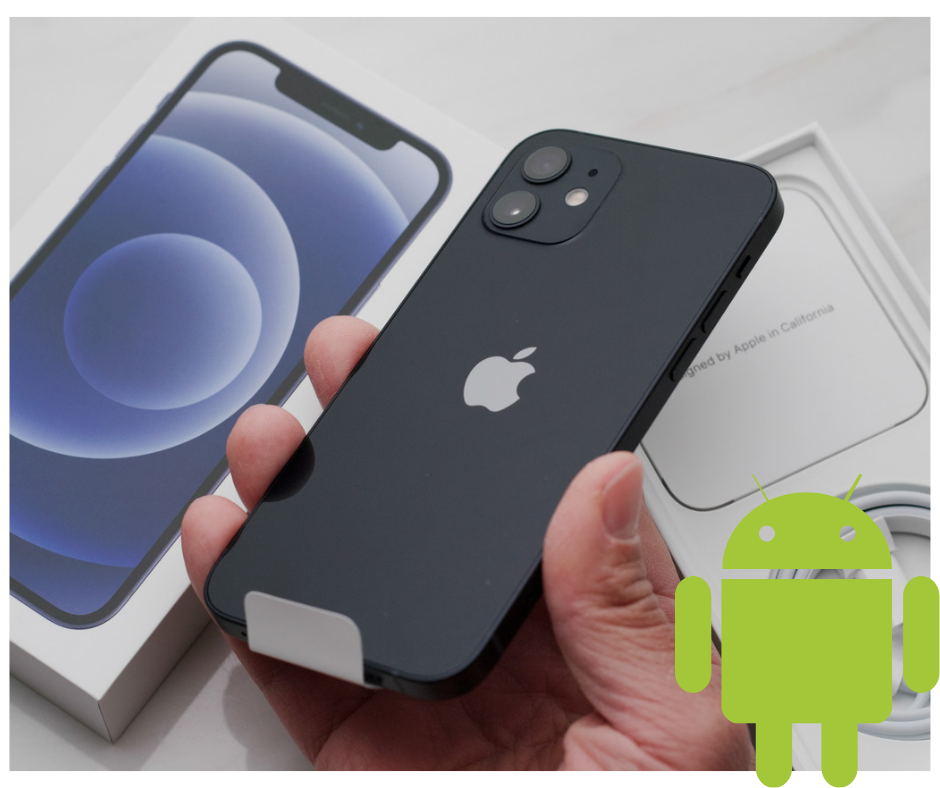 Android and iOS divide opinions among smartphone users, after all, both operating systems offer numerous advantages, and each has its own peculiarities that attract and retain fans.

But when you are dissatisfied with one of them, the migration can be a little tricky, and adapting to the new operating system can be even more difficult. With that in mind, I’ve prepared a list of the advantages and disadvantages of switching from Google’s Android to Apple’s iOS , to inform you to what you should be expecting if you want to make the switch.

Before we continue, kindly check out the pros and cons of Switching from iOS to Android.

Advantages of switching from Android to iOS:

It is no longer secret that, as a whole, iOS is much more stable than Android. And this goes well beyond whether or not you choose a model with enough power. Android has its flaws and, as much as the rival too, they are much smaller on iOS. After all, the system is well optimized and with almost no annoying bugs.

But beside that, there are other advantages of using iOS. Some of them refer to the features of the devices, others refer to the brand’s policies. Check out, therefore, some of the positive points before switching from Android to iOS:

One of the main strengths of iOS is the number of updates that Apple releases for its devices. An iPhone purchased today will be supported with updates for much longer than most — if not all Android phones.

Just to give you an idea, an iPhone 8, which was released in 2017, is also on the list of devices that can receive iOS 16 — the next version of the brand’s operating system, which should be announced soon.

As a comparison, only Samsung among Android manufacturers comes close, as the South Korean company offers five generational updates for its latest flagships. However, this has started to be done now and there is still a long way to go for the Asian company to catch up with its biggest rival in this regard.

Meanwhile, other Android smartphone makers lag far behind in this aspect. Motorola is one of them. The company — which was once known for being one of the first to update its devices — now releases a maximum of two updates for its phones, even the high-end ones.

This is just an example, but other companies that use Android also leave something to be desired in this aspect.

The much-talked-about Apple ecosystem is quite popular with Cupertino Giant aficionados, and it’s not without reason. Those who have, in addition to the iPhone, other products of the brand – such as iPad, Macbook or Apple Watch – can enjoy excellent integration between devices.

When you have an iPhone and a MacBook, for example, you can use your smartphone as a router for your computer automatically. There is already a Wi-Fi router on Android phones, but it works much better between iOS and macOS.

There is no need to do any configuration, just that one is next to the other — and with the same Apple account, or Apple ID — for the iPhone to already appear as a router in the MacBook’s Wi-Fi list. Meanwhile, on Android, you need to activate the option in the smartphone settings whenever you want to use it, and only then, look for the network in the computer’s WiFi list and also enter a password.

Another interesting feature is AirDrop, which allows quick file sharing between two Apple devices. Once again, Android already has something similar, but the practicality and agility of Apple’s iOS leave Google’s alternative far behind.

Although most apps are available for both Android and iOS, their optimization is much greater for Apple’s operating system. A classic example is Instagram.

Today, few remember, but Instagram was initially developed as an exclusive application for the iPhone and only much later won a version for the rival system. Now, even years after the social network’s release on Android, the app still runs better on iOS.

This includes not only higher quality stories — as many of you may already know — but also more fluid navigation. In addition, news almost always arrives first on the iPhone, only to appear later on Android.

Apple got into a big fight with Facebook some time ago over the tracking of user data and this can be interpreted as a concern of the brand with who uses its devices.

As a result, this led to a new feature in iOS 15 that makes it possible to prevent the social network — or any other app, for that matter — from tracking users’ data. As soon as you run an app for the first time, you can choose not to have your data monitored by the app.

In practice, this prevents you from being bombarded with targeted ads. Have you ever had the impression of receiving advertisements about something you’ve only researched once? Well, this is something that shouldn’t happen if you use a newer version of Apple’s system and request that your data not be tracked.

Additionally, you can log in to multiple sites with your Apple ID without the address administrators even knowing your email address. This prevents you from getting those annoying alerts and ads that often come to Gmail.

Both Android and iOS have a digital wallet, but Apple’s alternative works pretty well than its rival.

With Apple Pay, you can not only use your smartphone to pay transactions at any establishment that supports the technology but also unite almost all your cards and passwords in a single interface.

In this way, it is possible to place insurance, transportation, plane boarding cards, loyalty cards and even save virtual keys for smart locks in Apple’s digital wallet.

Google is already on the way to offering something like that with the Wallet app — formerly Google Pay — but it still needs a little while to catch up with the rival.

Apple CarPlay is Apple’s alternative to Android Auto. It is nothing more than an iOS-based interface for automobiles, which allows the integration of the cell phone with the vehicle’s system.

While the two manufacturers have their own bets, Apple develops its most optimally. This includes a more secure interface with larger icons, greater stability, fewer connection issues, compatibility with more cars, more ease of use, and higher media volume in music apps.

Disadvantages of switching from Android to iOS

Switching from Android to iOS isn’t all wonderful, and Google’s operating system has its legions of fans, and it’s no wonder either. iOS, despite being a more stable operating system, also has its drawbacks. So, check out some of them:

Siri is so popular in movies and series, but it’s not as functional as they make it out to be. The digital assistant lags far behind when compared the Google Assistant which, in turn, offers more functionality and has a much larger catalog of data to answer questions and requests from its users.

Another common problem is that the Apple assistant can also be accidentally triggered too often, which can annoy users. Not to mention that it does not work with most smart home devices available in Brazil.

Incidentally, this is also a problem with Apple HomeKit — the brand’s smart home system. It is not supported by many smart devices sold here, especially the most basic brands of light bulbs, for example.

Cons 2 – an operating system with limitations and difficulties

iOS is pretty stable, that’s undeniable. But the software also leaves something to be desired in several respects. One of them is gesture navigation, which is far from working as intuitively as it does on Android.

With Google’s system, you swipe sideways to go back to previous screens or close apps, swipe up to go to the home screen, and drag and hold up to open the recent apps screen.

On iOS, not all screens work with gestures, and often you need to click an “x” or “<” to close a page or swipe to the side to close others. In short, each screen behaves differently. This can get in the way if you are using the software for the first time.

Aside from gesture navigation, managing notifications is also quite complicated on iOS. For starters, the status bar does not show, icons, or most messages present in the Notification Center.

In addition, you have to swipe twice — or just once, but longer — to erase each one, a very boring task and with little sense, especially compared to the practicality of Android.

If you’ve been using Android for years, you probably already have some USB-C or micro USB cables around the house and, consequently, you can charge your phone normally. You can also leave one at home and another at work and so on. Likewise, if you go somewhere and forget your charger, you’ll probably have someone to lend you.

If you use an iPhone, the conversation is different, since the brand’s charger is different — it still uses old-fashioned charging, instead of following the market trend with USB-C.

The charging problem, however, goes far beyond the limitation of using third-party cables. This type of connector is not very efficient in transmitting energy and data, and consequently, it can take longer to charge the cell phone than it would with an Android smartphone.

This has even become a meme: the battery of iPhones is very “weak”, and Apple users are always looking for an outlet or charger. This started to be improved in the last generations and, from the iPhone 11 onwards, the Pro and Pro Max versions already have better quality.

This is unique, however, to the more expensive models, and if you buy a “regular” version of the iPhone, you will likely have a problem with battery performance. This gets even worse over time and, with months of use, the quality gets lower and lower.

Apple’s keyboard is no longer the best and most practical for everyday use. Over time, of course, you can adapt and not notice the differences, but the arrangement of letters and special characters is not as intuitive as it is on Android.

And there’s no point in downloading third-party apps, like Swiftkey and Gboard, which aren’t optimized in the same way as we see on Android. They are full of bugs and are constantly being overwhelmed by the original iOS keyboard.

Aside from the awkwardness in the early days, depending on how used you are with Android, this can be a huge source of frustration with iOS and even a reason to give up on the migration in some cases.

The Apple ecosystem — which is one of the main advantages of iOS — also appears as a negative point of the Apple system. For one simple reason: it is very “closed”.

To put it as simply as possible, the brand practically “forces” you to only use Apple devices if you want to buy wearable accessories, such as smartwatches or headphones.

If you have a Galaxy Watch — which is the Apple Watch’s main competitor — you won’t be able to connect with the iPhone. I mean, you can even connect it, but it will lose a lot of its resources and it won’t work as well as it does on any Android phone.

If you want a good experience with devices of the type, you will have to buy an Apple Watch and an AirPods — the headphones of the Giant of Cupertino.

How to Update iOS on my iPhone? See Complete Guide

Switching From iOS to Android: Pros and Cons

What is Linux? [Beginners Guide]