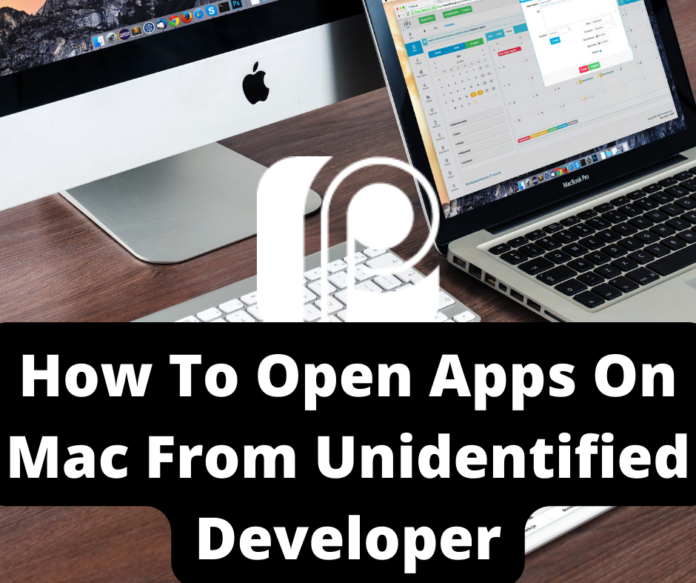 Do you want to learn how to open Apps on Mac from unidentified developer? Read this post to the end.

If you installed a new Mac apps outside of the App Store but couldn’t open it, don’t worry. Even if you have been notified by your Mac about an unidentified developer, you can authorize the file to open without much effort.

First of all, you should be very cautious of where you install Mac apps other than the official App Store. Some files could be very harmful to your system. Therefore, only install and open files you trust the source. With that in mind, just follow the steps below to access the file.

How to open apps on Mac from unidentified developer?

Changed your mind? Learn how to uninstall apps on Mac

There are times you downloaded and installed Mac Apps, but when you launched and use them for a while, you noticed they  were not what you expected. Or the app didn’t deliver what it promised. It is annoying, yes. But that’s part of life! You just have to learn how to uninstall apps on Mac, get rid of them, and move on.

However, no need to worry. It is possible to uninstall apps (which were initially not allowed by the Mac) simply and quickly. Basically, just follow the same path or steps you did to open them.

According to Apple , using apps from unidentified developers is not recommended as there is a possibility of malware. But of course, not all the file are actually infected. In addition to looking for reliable sources, use antivirus for your MacOs, such as Avast, Avira and Kaspersky, to prevent bigger problems.

That’s it on how to open apps on a Mac from an unidentified developer. Please do well to share the post by clicking the social media icons below.

How to reduce your PC power consumption

How to track a lost iphone that is turned off

What is a MEID number on mobile?

How to do a security check on Android

How do you see someone’s location history on Google Maps?

How to Format iPhone 13 Pro Max

How to make android faster without root