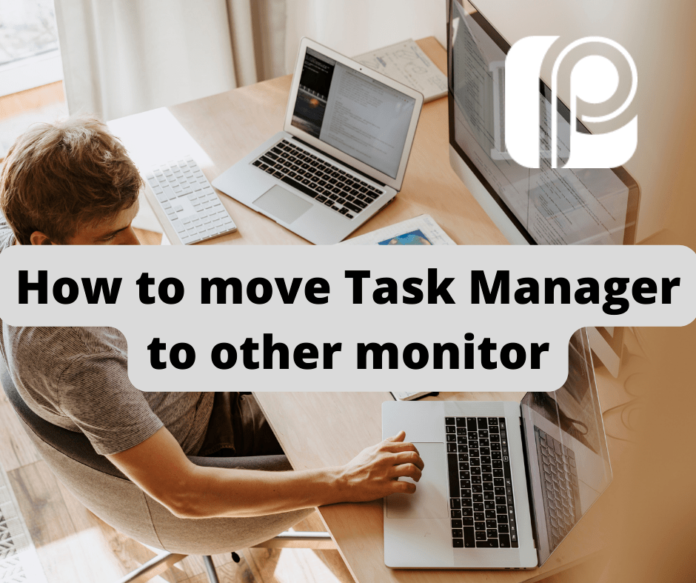 Question: Have you ever been in a situation where you are developing a website, playing games, or doing some other tasks on your computer, and all of a sudden, everything got frozen? When this happens, it becomes difficult to run the Task Manager tool to know what caused the problem. In this situation, you need to know how to move Task Manager to other monitor.

When your system freezes or you don’t want to interrupt the video game you are playing, but urgently want to open the Task Manager to know which programs and apps should be closed to improve the system productivity. You need to learn how to move Task Manager to another screen without issues.

It doesn’t matter the kind of system you are using. Whether Windows or Mac, at some point you need to open the Task Manager in other to monitor and keep tabs of the running processes and programs once in a while.

But how can you move the Task Manager while using multiple monitors or screens? That is what I am going to teach you today. But before then, let us look at what Task Manager is.

What is Task Manager?

For the sake of those doesn’t know what Task Manager is all about. This is the basic idea. Task Manager is a system component that allows you to monitor memory usage, processor usage, storage drive usage, network usage, and all running processes. Through it, it is possible to force the closing of programs and processes, in addition to locating the installation directory of software. With it, the task of identifying problematic processes that may be occurring becomes easier.

Having said that, it should be noted that Windows and Mac have their individual method of opening and moving the Task Manager to other monitor. Keep reading.

How to move Task Manager to another screen using Windows

To start with, the Task Manager is available in all versions of Microsoft Windows, including the latest Windows 11. For this reason, I am going to break the methods of how to move or open Task Manager on another monitor into parts, depending on the Windows version.

If you are using the Microsoft Windows 8 or lower versions, here is what you need to do:

Now, if you are using Windows 10 and Windows 11 versions, this is what you should do:

How to move Task Manager to another screen using Mac

Now, to move the Task Manager or Activity Monitor to other monitor, you need to do the following:

This will take the “Activity monitor” to the new screen and disappear from the old one.

We have already highlighted some possible ways you can open the task manager tool on your computer. You may want to check it out. And please, do well to share the post.

How to install a Bluetooth driver in Windows 8.1 and 10

How to prevent Macbook Air from overheating?

How to open Windows Task Manager in Windows 8.1 or Windows 10