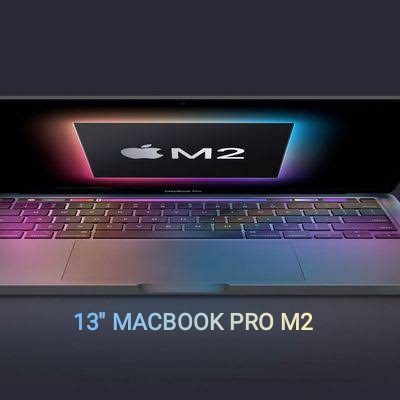 Let’s be honest: the new 13-inch MacBook Pro with M2 chip didn’t surprise many people, as it kept pretty much the same design as the previous model — including the Touch Bar, which was removed on the 14″ and 16″ models.

As if the absence of substantial news weren’t enough, if you’re thinking of buying the entry-level version of the new MacBook Pro — which comes equipped with an SSD1 of 256GB— maybe it’s better to think twice.

More precisely, the M2 chip model has read speeds about 50% slower than the MacBook Pro M1. Write speeds are around 30% slower, as detailed below.

The reason for the (negative) discrepancy can be found inside the new MacBook Pro, which is equipped with only one 256GB NAND chip, while the M1 version uses two 128GB chips running in parallel — a configuration that allows the chips to reach speeds taller. Models with larger storage capacity, on the other hand, don’t seem to be affected by the drop in speed, as they kept the configuration with two NAND chips.

The official reason for the change is not yet known, but the most likely explanation is that using a single NAND chip reduces manufacturing costs, as well as avoiding the problems of chip shortages. It is also unclear, yet, whether Apple has adopted a similar strategy for the entry-level model of the new MacBook Air with M2.

Of course, the SSD speeds of the new MacBook Pro are more than enough for general users; still, the situation as a whole is a little disappointing, isn’t it?