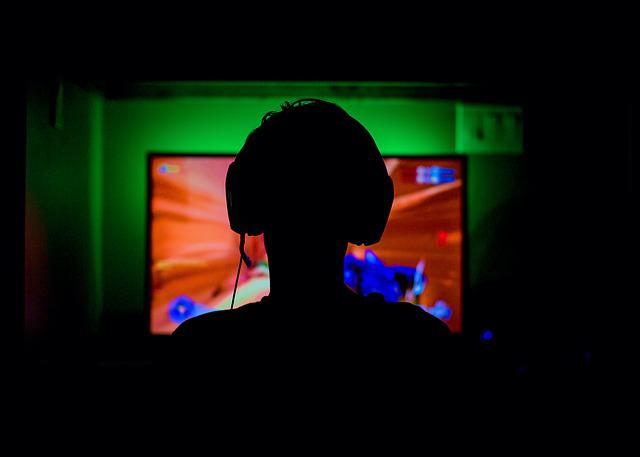 Fighting games have been present in gaming culture since forever. Whether by classic names like Street Fighter or by more differentiated titles like Super Smash Bros, there are several styles and games that fans of sincere brawling can enjoy.

In this list, we have chosen the 10 best fighting games for PC and consoles. Note that the selection follows the release order of each title, not preference.

Street Fighter II: World Warrior was the game that turned the franchise into a phenomenon, but it was the Turbo version that started to take over Arcades and consoles, with its more frantic gameplay.

The title changed the way people played Street Fighter, since to perform the combos, it was necessary to have greater precision on the part of the players. The characters present in the game in this version also received new blows and changes in their gameplay.

The second title in the Mortal Kombat franchise was also the game that turned the series into the success it has today and one of the best fighting games for PC and Consoles.

Introducing characters that are classics to this day, such as Kitana, Mileena, Kung Lao, Noob Saibot, Baraka, Jax, and Shao Khan, the title features a number of improvements compared to its predecessor, with new Fatalities, the addition of Babality, and Friendship, plus expanding the game’s universe.

Mortal Kombat II is perhaps the most important title in the franchise, and for good reason.

The third game in the Tekken franchise was the most important for the series, bringing with it names that have become classics such as Eddy Gordo, King II, Kuma II, Hwoarang, and Jin Kazama. Kazuya’s son became the protagonist of the franchise in the third game and ended up becoming the face of Tekken to this day.

The whole plot involving the Kazama family and its unfolding intensified in Tekken 3, having consequences to this day.

In terms of gameplay, the third title in the series introduces new characters and game modes such as Tekken Force, and paved the way for the saga to become the success it is in the fighting game community.

Tekken 3 is now available for the arcade, PlayStation, and PlayStation 2.

The King of Fighters ’98: Slugfest is, without a doubt and best fighting games for PC and the franchise’s biggest hit to date. Always remember when we talk about KOF that the game is very well balanced and has improved the fighting mechanics well when compared to its predecessors.

Introducing what is still the boss with the most hatred and traumatic memories, Omega Rugal elevated the already difficult recurring boss to a new status in the franchise.

In addition, it has one of the most combative and difficult artificial intelligences in the history of fighting games. The complex gameplay, stylish characters, and soundtrack make The King of Fighters ’98 one of the best fighting games of all time.

The King of Fighters ’98: The Slugfest is out for Arcade, PlayStation, Neo Geo, and Dreamcast and is available on Android and iOS devices.

Read also>> Check out how to stop your iPhone from overheating

You can’t help but put 3rd Strike on a list of the best fighting games for PC and Consoles. The third game in the Capcom saga received a second version, including five new characters.

As the third and final installment of SF III, 3rd Strike is considered by many to be one of the best, if not the best, Street Fighters ever made.

With several improvements to the defense and parry system, as well as new stages and characters, the game is responsible for one of the biggest moments in eSports to date.

Before Fortnite added every existing in-universe character into its game, Capcom had Marvel vs Capcom . The crossover between Marvel ‘s heroes and the developer’s characters has become an extremely solid, competitive, and fun franchise in the fighting game scene.

The game features not only Street fighters but also those from other franchises, such as Darkstalkers and Strider Hyriu.

With characters like Spider-Man, Gambit, Wolverine, War Machine, and even the Sentinel robot, Marvel vs Capcom is a franchise that, despite having skidded in its transition to 3D, is still fondly remembered by the gaming community.

Marvel vs. Capcom 2: New Age of Heroes is available for the Arcade, Dreamcast, PlayStation 2, PlayStation 3, Xbox, Xbox 360, and iOS devices.

Yes, I know many would argue that Smash Bros. is not a fighting game, and that’s OK. Ignoring this part that is not worth discussing here, there is no way not to celebrate the event that is Ultimate, not only for the franchise, but also for the genre that we are celebrating in this list.

In recent years, some games have tried to compete with Smash, such as Brawlhalla , but it’s hard to beat it. The completely decompensated farofa that brings together Nintendo characters , Square Enix, and others, is impressive to this day, even if some of the most ardent fans in the fighting game community like to turn up their noses at the franchise. Fun, frenetic combat and a distinct platforming style have elevated the saga to heights previously unattainable.

Super Smash Bros. Ultimate is exclusive to the Nintendo Switch.

We can’t help but include Dragon Ball FighterZ in a list of the best fighting games for PC and Consoles, seriously. Arc System Works’ game does the perfect job of bringing out the feelings, punches, and impact of Akira Toriyama’s franchise.

With three-on-three combat and multiple team combinations, FighterZ delivers on Arc System’s excellence in producing fighting games, but with the added bonus of being based on one of the most popular animated franchises of all time.After all, there’s no shortage of good Dragon Ball games, right?

Strive became one of the darlings of the fighting game community when it came out, and for good reason. The gameplay of the “reboot” of the Guilty Gear series has a satisfying learning curve, captivating characters, and plenty of personality.

Not that other franchises don’t have that too, but Strive seeks to maximize its strengths. In the brawl, there are fighters of various combat styles, learning curves, and combos to call your own.

Want something simpler? You should go with this game. Do you want to be one of those who decorates all possible combos? You will too. In the end, Guilty Gear Strive deserves all the praise and notoriety it has received in the fighting game community.

Guilty Gear Strive is a PC, PlayStation 4, and Xbox One game.

SNK’s fighting game franchise crossover received a new game in 2022. The game is called KOF XV , simplifying the series’ name. The game is SNK’s outstanding commitment to its fans.

With new modes to have fun and gameplay that doesn’t lose its fun after so many years, The King of Fighters XV remains an excellent title for fans and also for those who are returning to the franchise looking for fun with its complex gameplay as well as punitive elements from KOF.

The newest sensation of the moment enters here as an honorable mention. By uniting Warner Bros.’s universe of characters , the game can ultimately serve as a competitor to Smash Bros.

It’s still too early to talk about how the title will hold up over time, but the initial results are already surprising. Another factor that makes MultiVersus stand out is that this is a free game. And let’s face it, it’s a lot of fun to imagine a scenario where Bugs and Shaggy can take down Superman and Batman.

Dragonflight is the best World of Warcraft expansion to start playing

The 7 best children’s games available for consoles and PC