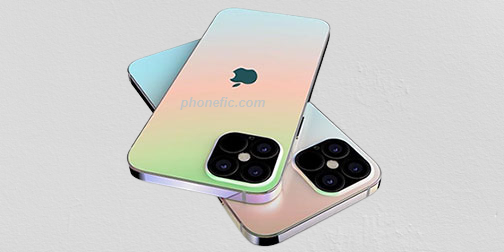 Apple products just gained an extra layer of security. This Wednesday (6), the company revealed a “lockdown mode” for iPhone , iPad and Mac . With the feature that will be released to users in the future, victims of cyber threats will be able to protect themselves from targeted spyware attacks.

The function aims to protect users from cyber attacks. According to the company, the tool guarantees an “extreme optional security level”. The block, however, is aimed at “a few users who, because of who they are or what they do, may be personal targets” of threats from governments and the like.

The measure aims to block spy software. In the press release, Apple even talks about solutions offered by the NSO Group and “other private companies” that are developing “state-sponsored mercenary spyware”. This would be the case of Pegasus , a spyware to copy received messages, record the location history and other information of victims.

Okay, but how does “lockdown mode” work?

The “lockdown mode” actually delivers what its name proposes: a lockdown to prevent external threats. Apple explains that by applying this limitation, the system “dramatically reduces the attack surface that could potentially be exploited by highly targeted mercenary spyware.” Thus, the user can contain part of the threat with a few steps.

This action restricts some system functions. Access to the web will have some limited technologies, such as just-in-time (JIT), on pages that are not on the list of trusted sites, for example. In the Messages app, most attachments and link previews will be blocked, with the exception of images.

Other Apple tools will be similarly affected. This is the case for incoming invitations and service requests, such as FaceTime calls, which will be blocked in two if situations: if the user has not previously made a call or sent a request to the person who initiated the conference.

“Wired connections to a computer or accessory are blocked when the iPhone is locked,” they listed. “Configuration profiles cannot be installed and the device cannot register with mobile device management (MDM) while ‘lockdown mode’ is enabled.”

Should I activate “lockdown mode”?

The new tool is optional. This means that it will not be working by default and its use much less will be necessary on a day to day basis. This is even why the description states that “lockdown mode” should only be used “if you believe you have become the target of a highly skilled cyberattack”.

No wonder Apple notes that “most people are never targeted by attacks of this nature”.

Apple also did not provide a step by step to enable it. But judging by the screenshots, I believe the option will be available in the OS settings. Also, you’ll have to wait to use it, as the feature will be released in iOS 16 , iPadOS 16 , and macOS Ventura , which will be released later this year.

“Apple will continue to strengthen Lockdown Mode and add new protections to it over time,” they announced. For this, the company launched a program to find faults in the blocking function. “Rewards are doubled for qualifying discoveries in Lockdown Mode, up to a maximum of $2 million,” they explained.

Apple announced other measures to speak out against spy software. In addition to “lockdown mode”, Apple will offer $10 million to support organizations fighting highly targeted cyberattacks. The figure will be directed to the Dignity and Justice Fund, established and advised by the Ford Foundation.

The fund aims to pool philanthropic resources to advance social justice around the world. No wonder, the initiative aims to promote its first acts between the end of 2022 and the beginning of 2023 to investigate spyware and protect potential victims. Other actions will also be carried out by the entity, such as raising awareness among investors, journalists and policymakers about the global spyware mercenary industry.