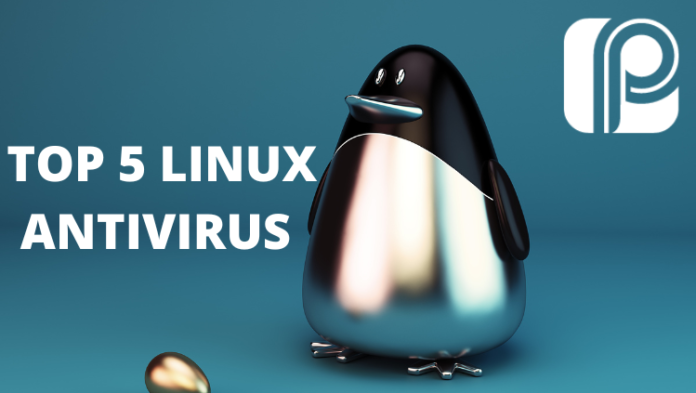 In general, Linux distributions are pretty safe. Despite this, the risk of malware contamination always exists. That’s why many supporters of the platform make a point of having an antivirus on their system. If this is your case, but you don’t know which one to install, don’t worry. The following list shows five antivirus options for Linux .

Because it has a permission-based security framework, has a modular architecture, and is permanently updated, Linux is very secure. For this reason, most of its users do not need to install antivirus in the operating system.

But no system can guarantee 100% security. That’s why some people and organizations turn to antivirus on Linux, not necessarily as a mandatory precaution, but as an additional layer of security.

That’s why we’ve selected five antivirus solutions below, plus a “bonus”. Note that there are options for home and corporate use.

Let’s start with a classic and free option. ClamAV ( Clam AntiVirus ) is an antivirus launched in 2007. Maintained by Cisco, this solution has versions for Linux, BSD systems, Windows and macOS. Despite this, antivirus is better known among users of Linux distributions.

There are good reasons for this. The first is that ClamAV is open source . The second: it is possible to use it either via a graphical interface (installed separately) or via the command line.

Third reason: the antivirus is usually quite efficient in detecting malware present in files that have just been downloaded. There are even those who use it, on Linux, to analyze suspicious files aimed at Windows.

Installation guidelines on Ubuntu, Debian and other distributions are on the official official ClamAV website .

Comodo Antivirus is another free option for Linux, although it is not open source. The most striking feature of this option is its ability to do cloud-based behavioral analysis.

In other words, the tool can block potentially malicious files by identifying suspicious activity. This feature is useful for isolating viruses and other new malware that does not yet appear in the antivirus database.

There are versions for Ubuntu, Debian, Mint and other distributions on the Comodo Antivirus page.

Yes, big antivirus companies, like Bitdefender , also have solutions for Linux. But, typically, these companies prioritize options for servers or corporate environments. This is the case with GravityZone Business Security.

This is a security package that, in addition to fighting viruses, can protect servers or computers for business use from ransomware , unauthorized access, network attacks and much more.

Bitdefender GravityZone Business Security is paid and follows an annual subscription model. The license value depends on the number of protected machines.

Here’s an interesting option for computers with modest hardware . REVE Antivirus usually scans internal and external storage drives (such as external hard drives and USB sticks) without overloading the machine.

Its other features include a built-in firewall , unauthorized data copy protection and file deduplication.

Note, however, that REVE Antivirus is also a paid tool.

The word endpoint indicates a device that is connected to a corporate network . Based on this, it is clear that Kaspersky Endpoint Security is also an organization-focused security solution.

A quick Google search shows that this option is aimed primarily at Windows computers. But Kaspersky explains that more than 100,000 malicious files (among viruses and other malware) for Linux have already been registered in its database. That’s why there is also a version for this platform.

Kaspersky Endpoint Security for Linux is paid software, but not in isolation. The tool is part of several company security solutions, such as Kaspersky Total Security for Business.

Chkrootkit is not exactly an antivirus, but it deserves an honorable mention here. Reason: it is a tool capable of detecting more than 70 types of rootkits . We are talking about a type of malware that can give the attacker extensive control over the computer and that is difficult to remove.

Free and open-source, Chkrootkit can be downloaded from the official website.

What is a VPN, how does it work and which ones to use